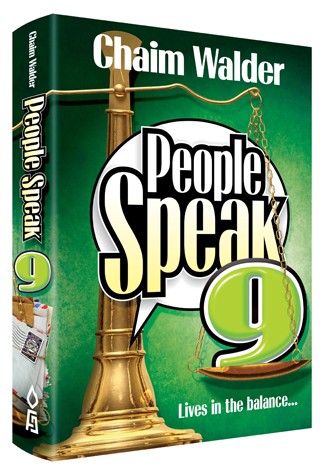 Twenty-seven timeless stories that speak to the heart!

A Lineage to Be Proud of - A yeshivah bachur has just become engaged to a lovely girl then he suddenly discovers that her family is not all he thought it was. Will he change his mind about the bride he chose?

Some Trust in Chariots, and Some in Horses - An endless debate between two friends is finally settled in the wake of a terrible, life-threatening disaster, when one of them is surrounded by a wall of fire...

Flight LY004 - A flight to Tel Aviv must make an emergency landing for the sake of a sick little girl on board. A few obnoxious passengers complain about the inconvenience and suddenly another one feels unwell...

The Little Policeman- Even if you don t love the police, you ll love Momi and his police career. It may be the most moving story you ll ever read.

Twenty-seven timeless stories that speak to the heart!

The characters in these stories are actual people who have faced the stranger-than-fiction situations that one encounters only in real life. People entrust their stories to Rabbi Chaim Walder because they know he will bring out the message held in each tale, while remaining faithful to the atmosphere, thoughts, and feelings of the protagonists.

People s People Speak series has been translated into six languages and has captured the hearts of hundreds of thousands all over the world. Rabbi Walder writes books for people of all ages, from young children to mature adults. The common denominator among them is that they seek to create a better world by encouraging the expression of one s own feelings and being sensitive to the feelings of others.