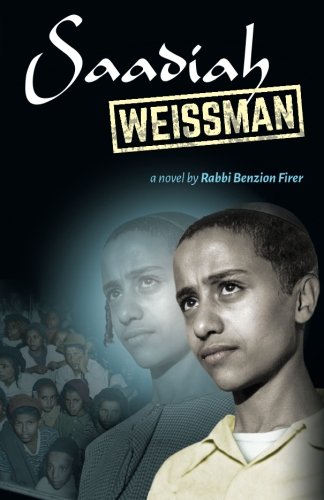 In the hectic years after Israel was declared a Jewish state, as waves of immigrants, from the East and the West, converged upon the tiny struggling country, great deeds and great tragedies took place side by side.

When thousands of devout, G-d fearing Jews arrived from Yemen "on the wings of eagles" (as, they believed, the Prophets had foretold), they expected the mashiach in the Holy Land. Instead, they found the 20th century: a strange and bewildering world that left them utterly vulnerable and disoriented.

One of the most disturbing things that happened in those tumultuous years was the unaccountable disappearance of hundreds of Yemenite children, who simply seemed to vanish from sight. There were persistent rumors that the children were given away for adoption to non-religious Israeli families or were sent off to nonreligious kibbutzim.

Saadiah Weissman is the story of one of these children-one child and two families whose lives, though vastly different, were tragically intermingled. With its ending of near disaster, this is a moving novel that draws a portrait of an unforgettable period: from the founding of the Jewish state through the two incredible decades that followed.